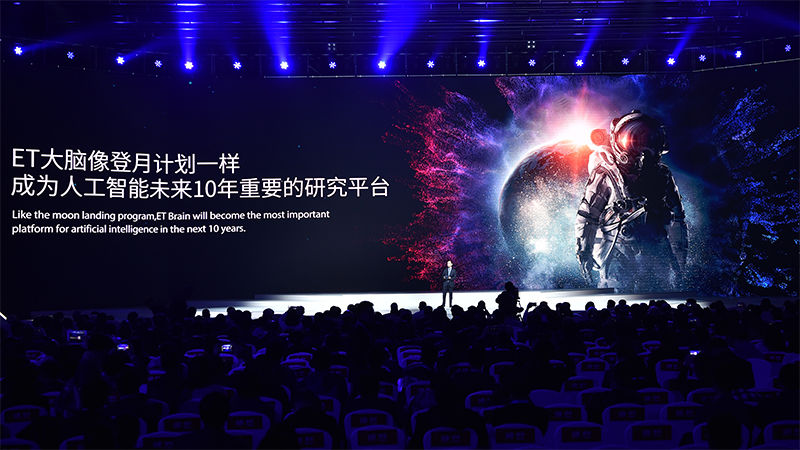 The industrial park will be built in Beijing's Mentougou District, 30 km from the city center, covers an area of ??55 hectares. The regional plan should contain 400 company, is calculated by developing products and provision of cloud, data, biometrics, deep learning and other services revenue 50 billion yuan per year. But the region's ability to attract sufficient researchers, this is the scientists worried. Beijing AI start-up companies a scientist, said: "I think the high-tech talent will not come here to work and live."
Principal Researcher at Microsoft Research in Beijing, David Raith, said: "AI is the future of competition and talent data of the reason Microsoft Research in Beijing, due in part to attract talented people to the two universities, Peking University and Tsinghua University. "AI recruit a large number of excellent technical staff is a problem worldwide AI technology-related companies and research centers are facing.
"Nature" magazine snatch and culture are discussed from two aspects of talent. The first is talent grab.
China's AI company is developing with dizzying speed. There are at least five companies in the development of face recognition technology, such as technology and Shang Kuang as science and technology, the two companies are located in Beijing, in 2017 to attract investment of more than $ 1 billion. Many companies are now competing to recruit AI researchers. According to the information technology sector in 2016 estimated that China needs 5 million AI staff to meet the development needs of the industry.
The number of people worldwide have experienced AI rarely. Chinese enterprises are facing fierce competition from other multinational companies such as Google, etc. in this regard, which makes some people worry that preferential treatment will result in the loss of university research personnel. Dean of Artificial Intelligence Research Institute think tank Wuzhen Zhang Xiaodong said: "This is a war for talent, who offer lucrative rewards, who will win this war." He understood that the Chinese social media giants Tencent and network services company Baidu AI research center for the experienced staff out of up to 100 million or even more than one million yuan of wages. "It was five years ago can imagine." He said.
China lacks excellent in the industry leader, but it has a lot of hard work, intelligent computer science students, who specializes in machine learning and other AI-related fields. Peking University opened its first batch of AI undergraduate courses in 2004. Since then, about 30 universities have set up similar programs. Since many outstanding graduates left China and went to work the United States, Israel and other countries of the AI ??Lab, University of harder training, in order to meet the development needs of the industry. Seminar in December 2017, held at New York University Shanghai, China almost all the participating researchers to work in American universities or industrial laboratories. The seminar organizers, AI researcher at New York University Shanghai Chang Zheng said he often write letters of recommendation for the Chinese students studying in the US, they want to return home late development.
In addition, China's domestic AI researchers competition is fierce. Zhang Zheng mention a lot of good AI scientists to enterprises, rather than doing academic research. Last month, Google AI in Beijing set up a research center to attract talented people in the area. Zhang Zheng said that foreign companies in Beijing off the foot beneficial to the development of China AI industry, as compared to the indigenous technology giant US companies to do research, such as Google, Facebook and other more basic. China lacks high-end talent, foreign research center in China is also a method talents.
Followed by personnel training.
Chinese government realized that if you want to in 2030, became a guide for the world in the field of AI, the Chinese need to train and retain more AI related technology graduates. China's State Council in July last year released a roadmap of artificial intelligence, AI calls for primary and secondary schools will be included in the field of education. AI online courses more and more popular. Beijing Normal University professor of systems science Zhangjiang said: "People are very keen to learn the Chinese lack of basic AI technology innovation, and thus there is still a huge gap with other countries in the competition Chinese are good at learning, but not good at innovation..."
Chinese Academy of Wuzhen AI a set of data shows that China in many aspects of AI index still lags behind the United States, such as private investment and patents. Dean Zhang Xiaodong pointed out that the gap is rapidly narrowing, especially in some, such as computer vision application. But China in the next 10 years, the ability to obtain seminal breakthrough is still great uncertainty.
分享到：
【Printing】  【Close】
Previous：Industrial robot "hot" Chinese culture is difficult talent gap 100,000  Next：China's economy is now the first rise in seven years